The Pamunkey Indian Tribe announced their attentions to build a new $350 million casino and resort in Richmond, Virginia, last week. The tribe has already acquired a significant amount of property within the city in order to begin construction on the planned facilities. However, the tribe could face significant roadblock: the state of Virginia has yet to legalize commercial gambling. Now the tribe is hoping to get their project approved by city officials, thanks to their status under the Indian Gaming Regulatory Act.

History of Gambling in Virginia

Bettors in the state of Virginia have virtually no option when it comes to gambling on slots or casino games. Those interested in placing wagers must travel to brick-and-mortar locations in neighboring states, and they can do so through a number of services provided in the state to help them travel by bus to these casinos. As it stands, the state is losing potential gambling revenues to these neighboring states, and the Pamunkey tribe sees an opportunity to capitalize on these potential revenues. 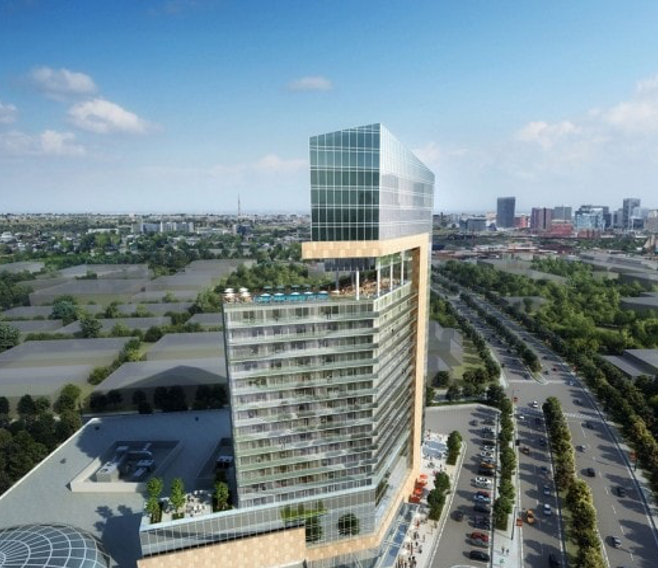 There are some forms of regulated gambling in Virginia, however these options leave a lot to be desired for anyone who is looking to play slots or a hand of poker. At age 18, Virginia residents can choose to play the lottery, daily fantasy sports, bingo at a regulated bingo hall, or they can visit a horse racing track to bet on their favorite horses. Aside from these options, the state of the Virginia has very strict rules against any of the games that would be offered at the proposed Richmond Casino.

In many states throughout the country, Native American tribes are given the opportunity to legally operate casinos and other gaming facilities under the Indian Gaming Regulatory Act. Under the act, Native American Tribes are free to conduct gaming on Indian Lands, meaning the Pamunkey Tribe may not need to wait for the passing of new bill to launch their new project.

Do the Pamunkeys Have a Right to Operate a Casino?

The Pamunkey Tribe received federal recognition from the U.S. Bureau of Indian Affairs in 2015 and have since made clear their intentions to establish gaming operations through brick-and-mortar casinos. Their first proposed project in Norfolk was met with opposition when another tribe challenged their right to the land for the new casino. For the Richmond proposed project, the tribe has already acquired 49 acres of property in Richmond’s industrial Southside, and it appears that this time they will not be met with opposition.

With the challenge to their right to the land in Norfolk, the Pamunkey tribe can’t move forward with that proposed project unless the Virginia General Assembly passes a commercial gambling bill in the spring. In 2018, video horse-racing terminals that operate similarly to slot machines urged lawmakers to propose a bill that would grant five cities in the state, including Richmond, the right to allow commercial casino licenses. That bill could still pass this spring, when lawmakers vote on the issue at the end of the session on March 7. Either way, In Richmond, the Indian Gaming Regulatory Act gives the tribe the right to launch their latest project with the consent of city officials.

Details of the Project

The new casino resort in Richmond would include a 275-room hotel, a spa, a high-end restaurant, and a number of casino staples, such as slots and poker. Mock-ups of the project depict a tall glass building including balconies and a roof deck. Early estimates predict that the project could create 1,000 construction jobs and an additional 1,500 casino jobs. At the conclusion of construction, a temporary training facility for casino employees would be converted into a grocery store, health clinic, or community resource for the city.

The revenue from the Pamunkey casino would benefit the tribe members, rather than the Richmond community. The money generated would be used for increased access to health care, as well as education and cultural opportunities.

The tribe still needs the city to accept their proposal of the project, but there seems little reason for the city to block the new casino and resort. If the proposed casino bill is passed in the spring, then there will be nothing standing in the way between the Pamunkey Tribe and their two projects. In an attempt to gain support from the local community, the Pamunkey Tribe launched a Facebook page called “All in for Richmond Casino” and is asking fans to follow for updates.