On September 29th, the Cabinet of Ministers of Ukraine announced that the country approved the legalization of gambling. The draft of the law to legalize gambling states that all gambling will be conducted at hotels throughout the country, rather than brick-and-mortar casinos. Additionally, these new gaming sites must use equipment with software that adheres to international standards. The announcement is an indication of Ukraine’s willingness to introduce gambling via electronic gaming terminals to the nation in the near future, but the details of how this will be completed remain somewhat unclear.

The announcement to legalize gambling in Ukraine came as a side-note in the statement released by the government for their new Action Program. The Action Program also detailed legal changes to mining activities, the State Regional Development Fund, and credit instruments for the purchase of agricultural land. Although the legalization of gambling was a minor point in this statement, it marks a significant change from the country’s stance on gambling over the past decade. These changes are a reflection of the evolving Ukrainian government, led by its new President Vladimir Zelensky, a former comedian who was inaugurated in May. 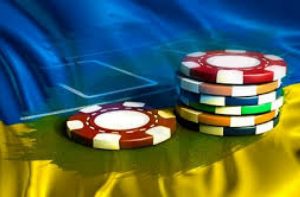 Zelenksy first mentioned a plan to establish casino’s in the nations five-star hotels in areas of the country that are best known for their tourism. The decision to legalize gambling in areas such as Odessa and the Black Sea suggests that tourists, rather than citizens of Ukraine would be the primary target audience for future gambling establishments. By establishing casinos in the hotels that are located in these locations, Ukraine could benefit from the gaming revenue, while also rebuilding and strengthening tourism in these areas.

Gambling was abolished in Ukraine in 2009, with the exception of state-run lotteries. The push to legalize gambling has been developing or some time, and in 2015 a legislation draft was approved for land-based casinos, sports betting shops, and online gambling sites. Despite the approval, the plans never led to any action, even after an attempt to readdress the draft in 2017. Meanwhile, internationally licensed gambling sites have been the source of illegal gambling for Ukrainian citizens, and authorities have repeatedly blocked land-based operations.

In an interview with Ukrainian Media, Prime Minister Alexey Goncharuk discussed how the legalization of gambling could lead to the closure of illegal gambling halls that have popped up over the past ten years. The goal of the draft of legislation to legalize gambling is to establish businesses that operate under rules and regulations that make it safe for customers, while benefiting from the revenue earned. Goncharuk cited gambling addiction as one of the major problems with the existing illegal gambling halls, suggesting that regulating gaming in Ukraine would give those struggling with gambling addiction the opportunity to be identified and seek help.

In addition to the benefits that come from regulation, Goncharuk suggested that the legalization of gambling could bring in anywhere from $83 million to $103 million annually. That being said, there is much to consider in terms of establishing the guidelines and laws for the proposed gambling sites located at the aforementioned hotels. While the legalization may help quell the issues with illegal gaming halls, the hotel-style gaming establishments may not provide the silver bullet the government hopes for.

While there is no timeline for the formal establishment of official legislation for these new gaming institutions, it is expected that Zelensky will finalize something before the end of the year. The proposals of legalization in 2015 and 2017 included online options, but for the time being it appears that Zelensky’s administration is focused on land-based options.