Over the years, Gambling law has been relatively strict in the state of North Carolina, prohibiting almost all forms of gambling with the exception of a few casinos in operation on Indian reservations. Despite these limitations, video game sweepstakes have been available to the public at convenience stores, bars, and standalone sweepstakes cafes for some time. However, a new court ruling that came this past Tuesday could mean the end for many of these operations. The latest decision in the ongoing back and forth between vendors and state legislators claims that these sweepstakes games are in violation of North Carolina law. 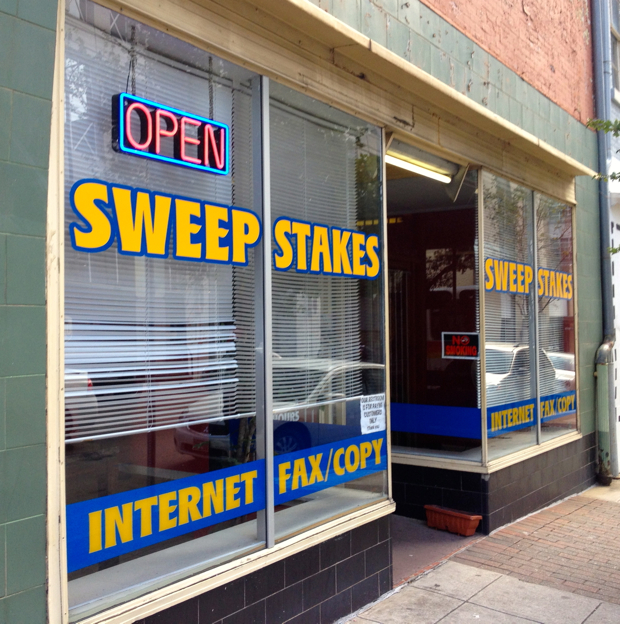 Video sweepstakes games located throughout the state have operated like any games found at a brick and mortar or online casino; customers pay money to play these games of chance in order to win money or other items of value. The decision to ban these games is indicative of a constant back and forth between the vendors and the state legislation about whether or not the games require skill. Over the years, as new laws have been put in place to prohibit the machines, vendors have adapted and adjusted the rules for the games in order to remain in operation. The court’s most recent ruling adds a new chapter to this ongoing saga.

History Behind the Recent Ruling

For years, the Sandhills Amusements of Southern Pines has collaborated with Gift Surplus LLC, an Arizona-based company, to operate gaming kiosks throughout North Carolina, but not without facing some form of persistent opposition. In 2013, the Onslow County Sheriff’s Office seized gaming machines throughout their jurisdiction on the grounds that the machines violated the state’s gambling laws. Similar situations cropped up throughout the state, resulting in machines being removed and employees being arrested. As a result, Sandhills Amusements and Gift Surplus sued the sheriff and the state, claiming that their games were legal.

The initial case won in favor of the two gaming companies, but it eventually reached the N.C. Supreme Court, who, in 2015, said the machines violated the law and that all video sweepstakes machines should be prohibited. In response, Sandhills and Gift Surplus changed the way the games worked and replaced the old machines with new ones that met the requirements laid out by the state. The new machines were designed to involve an element of skill, as players had to try and stop the rotating slot machine images on screen with hand-eye coordination.

In 2017, the Superior Court Judge ruled in favor of the gaming companies, stating that North Carolina allows for the operation of promotional sweepstakes games. The changes made to games, the judge said, met federal and state regulations for promotional sweepstakes and did in fact include elements of skill and dexterity. On Tuesday, however, a three-judge panel of the Court of Appeals overturned this decision, adding to the ongoing confusion surrounding this style of gaming.

The panel may have agreed to overturn the decision, but they differed in their explanations for overturning it. As the Fayetteville Observer reported, Judge Hunter Murphy claimed that the slot-machine style games offered an “entertaining display,” which is specifically prohibited by state law. However, Judge Wanda Bryant contested that the term “entertaining display” offers an interpretation that is much too broad to truly outlaw these games. Bryant felt that the games violated the sweepstakes law due to the fact that chance, not skill, determined the outcome of the games. Judge Allegra Collins agreed with both Murphy and Bryant, stating that the games do have an entertaining display and depend largely on chance, not skill.

Over the years, the sweepstakes gaming terminals have been through many ups and downs resulting in the most recent ban. It seems that the only constant throughout the games’ history is the differing of opinions about whether or not they do violate gambling laws in North Carolina. For the time being, businesses operating sweepstakes games will have to head back to the drawing board in hopes of altering the rules of their games to meet state regulations or hope that the recent court ruling will be revisited and overturned once more.