Whether they have been there or not, most gamblers around the world have heard of Macao, the special region of China where gambling is not only legal, it flourishes much like in Las Vegas. While this is the case, most people are not aware that gambling–in all forms–is illegal throughout the whole of the rest of China. For this reason, many Chinese citizens turn to illegal online gambling operations in order to scratch the gambling itch.

Caught by Interpol and Extradition to China

She Zhijiang is a 40 year old Chinese national who also holds a Cambodian passport. Though the details surrounding the arrest and apprehension are not immediately clear, it appears as though Zhijiang was arrested thanks to a ‘red notice’ issued by Interpol. A red notice is 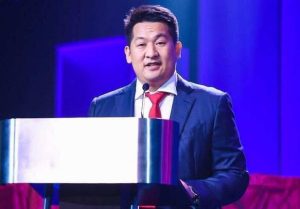 something that allows police from essentially any jurisdiction in the world to apprehend a subject for a variety of different criminal activities. Being sought after by Interpol is a big deal, and in most parts of the world it is only a matter of time until you are caught, especially if the Chinese government is after you.

Wang Webin, a spokesperson for for the Chinese foreign ministry, did not confirm or deny the arrest in Thailand and supposed pending extradition, but simply said, “No matter what corner of the world a criminal suspect runs to, China will initiate law enforcement cooperation with relevant countries and bring the suspect to justice.”

Across southeast Asia, the subject of online gambling is looked upon different by varying governments. In addition to China, countries like Cambodia also forbid online gambling in all its forms. With that said, gambling at physical casinos is something that generally gets a pass. She Zhijiang is accused of operating various online gambling websites (both legal and illegal depending on the jurisdiction), and while this is going to be the subject of future Chinese criminal proceedings, Zhijiang does have a public connection with physical gambling.

She is the reported chairman of Yatai International Holdings Group, a company that has made millions of dollars worth of investments in Cambodia, the Philippines, and Myanmar. In fact, the gambling facility that was recently built in Myanmar is rumored to be worth more than $15 billion.

While there are still a lot of unknowns surrounding both Zhijiang and his arrest, there is little doubt that She has made a career in the gambling industry. You might be wondering why someone with the wealth Zhijiang reportedly has would take a risk offering online gambling services in China, but the answer to that comes down to one thing; money. Even though online gambling has been banned in China for virtually as long as the internet has existed, the country is so vast and so connected that it is nearly impossible for Chinese authorities to shut down every site. In much the same way that offshore sites operate in the United States and Canada, there are a plethora of gambling sites offering their services to Chinese citizens day in and day out.

Being that Zhijiang is worth millions and has a heavy presence in the Asian gambling landscape, you can bet that there will be plenty more details emerging in the coming days and weeks.