In January, Twin River Worldwide Holdings Inc. and International Gaming Technology (IGT) reached an agreement to embark on a joint-venture to pursue a 20-year contract for the state’s lottery and gambling rights. The deal would also expand and renovate the Twin River’s Lincoln casino, as well as a 12,000 square-foot Twin River headquarters in Providence, Rhode Island. The two entities were previously at odds over IGT’s ongoing attempts to lock down a 20-year contract extension that would have given them the right to the majority of Rhode Island’s slot machine needs. Now, it appears they were able to set aside their differences, giving IGT the opportunity to dominate slot machine offerings under their partnership. The proposed deal has now reached the desk of lawmakers and state gambling regulators, who have asked the two companies to defend their joint venture.

IGT is one of the leading slots providers around the world, offering machines for brick-and-mortar casinos, as well as online slots. Prior to their latest dealings with Twin River, IGT was responsible for providing about half of the nearly 5,000 slot machines in operation at the two gambling facilities in Rhode Island. The 20-year contract that was in dispute, would give them an even stronger command over the gaming industry in the state, and the resolution of this dispute suggests that IGT is inching closer to their goal. 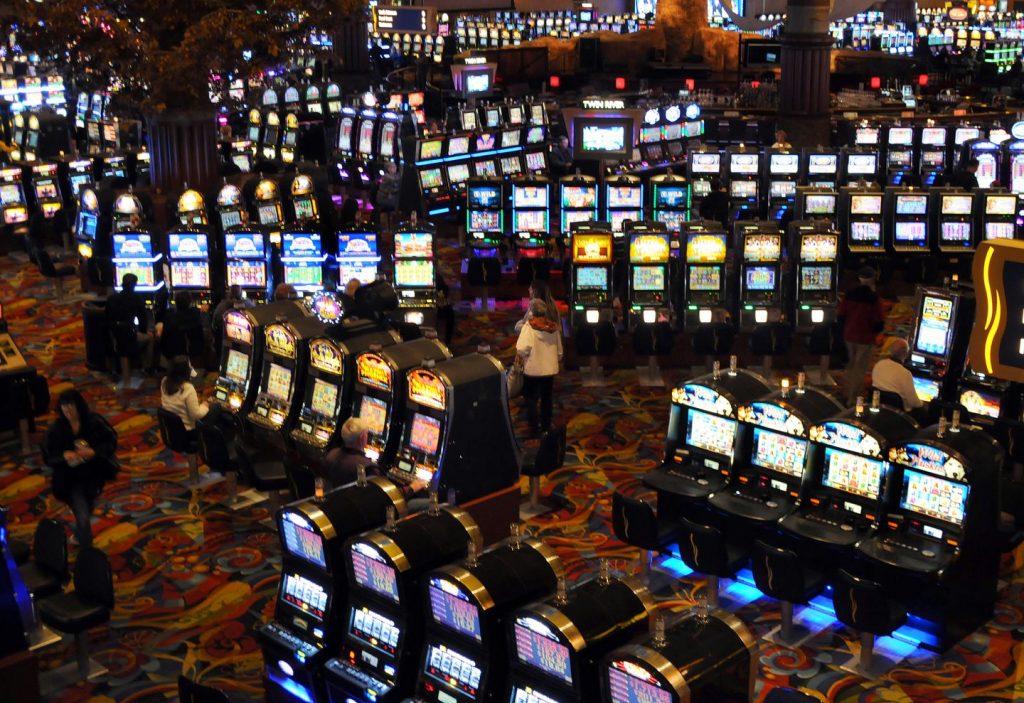 If the proposed deal is accepted by lawmakers, IGT would emerge as a 60 percent shareholder of the new company, leaving Twin River with only a 40 percent stake. A new contract could grant IGT the right to provide and collect revenue on 85 percent of the video slots offered in the state. Previously Twin River was the only threat for a competing bid at the new contract, and now those tensions, it would appear, have subsided.

Details of the Partnership

The proposed partnership and legislation include exclusive management of 100 percent of video slot machines by IGT and Twin River. Under this deal, the companies would pay the state $25 million over two years for the lottery and gambling contract. Additionally, it is expected that IGT would be investing around $150 million for this project, in addition to the $100 million being used to renovate the Twin River Lincoln Casino. The new deal also guarantees to keep the 1,100 casino-related jobs in Rhode island, which will help generate the projected $300 million a year from slots and other casino games. The two companies believe that this partnership presents Rhode Island with the opportunity to increase gaming competitiveness with neighboring states like Massachusetts and Connecticut.

While officials have applauded IGT and Twin River for providing the state’s third-largest source of revenue, there are still a number of lingering questions that need to be addressed. There had been many concerns surrounding the length of the contract, especially before the joint venture was proposed. Initially, Twin River was adamant about encouraging competition and blocking 20-year contracts. Under their new partnership, they are included in the 20-year contract, and appear to be changing their tune.

The $25 million over two years for the lottery contract is the same amount that IGT proposed last year. That proposal was shot down and opposed by Twin River. A year later, under their new partnership, Twin River seems to feel that this is an appropriate amount. Director of Revenue, Marc Furcolo, disagrees, citing the fact that the latest proposal is for two exclusive licenses instead of one. In his eyes, the committee should thus expect more payment up front.

Many officials continue to question the length of the contract, pointing out that Rhode Island would be forced pay a premium while leasing slot machines from IGT for the next 20 years, rather than owning them outright. Republican House candidate Steven Frias suggested the deal should be for 10 years, at most. The new deal eliminates any opportunity for a competitive bid for lottery and gambling rights. According to Frias, in order to compete with neighboring states, Rhode Island should avoid locking themselves into a long-term deal like this.

The deal has done a lot to progress discussions about the future of gambling within the state, but many questions remain to be answered. Legislators will have to review the deal more closely before allowing IGT and Twin River to take over slot offerings for the next 20 years.